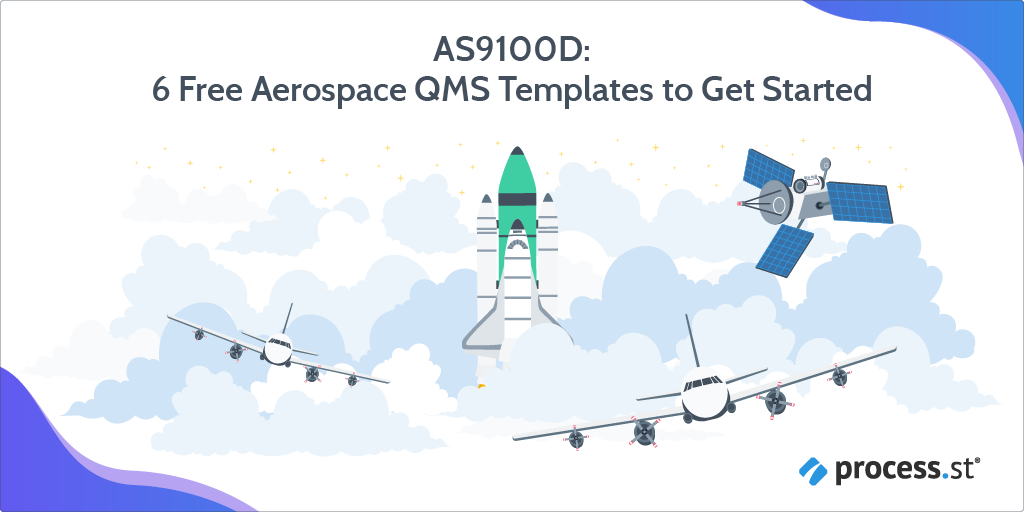 Musk indicated that the failure was due to bad welding at the base of the rocket, around the area of the puck that is designed to bear the engine thrust load.

Starship SN3 suffered a similar fate during a round of pressure testing, where the lower of the two tanks collapsed due to test configuration mistakes.

Of course, this is the whole point of testing; failures such as these are half expected, and should be planned for accordingly. Failures like SN1 and SN3 pave the way for future successes like the Crew Dragon launch to the ISS. Failure is an essential ingredient that is necessary to push the limits of understanding.

But it does raise an interesting and important question – when failure is a statistical inevitability, what role does process standardization and quality management play in the prevention and meaningful gain of failure?

In this Process Street article we’ll be looking at AS9100D, the foremost aerospace quality management standard. How can you implement, maintain, and utilize AS9100D to proactively mitigate failure, as well as a tool to learn from errors and failure to drive improvement and optimization?