How to Smash Your Business Bottlenecks (Plus 3 Key Tools to Help!) 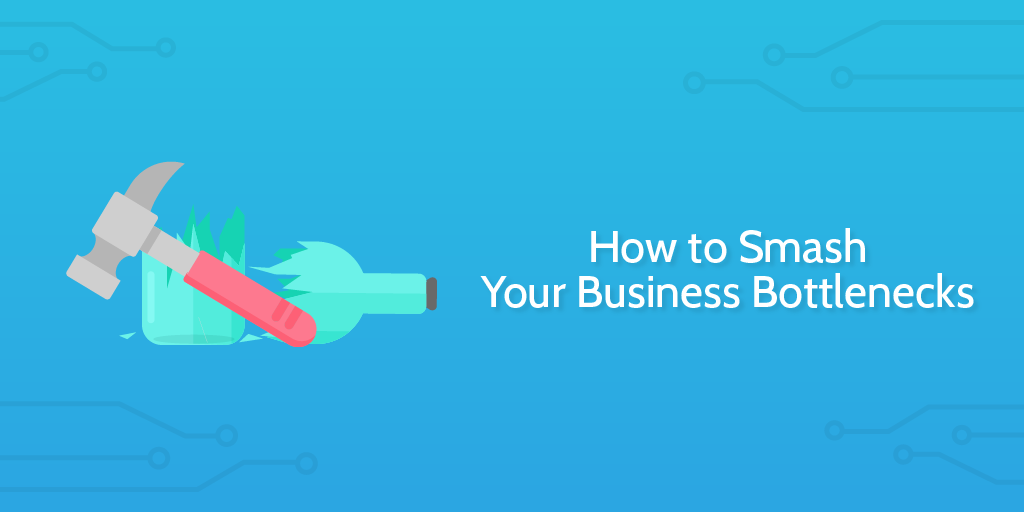 On October 3rd 2017, the Financial Times reported that Tesla shares had slumped after the business hit a bottleneck in its production.

Tesla shares fell nearly 2 per cent to $335.91 after the Palo Alto-based company said that it produced just 260 of its Model 3 vehicles in the third quarter, well below the target of more than 1,500 that chief executive Elon Musk had predicted for the month of September alone.

What caused that failure to hit the target?

A bottleneck is when one process in a chain of processes cannot perform to the standard of those around it, creating a delay which damages the other processes.

No matter how well Tesla creates batteries or programs its self-driving software, if the factory can’t, for example, install tires fast enough then Tesla can only produce cars at the rate it installs tires.

That poor process brings all of production down to its level. Business output becomes defined by its weakest link.

But it’s not just shop floor industrial processes which fall foul of these problems. Any business or set of operations will be faced with this challenge too. In this article, we’ll look at a couple of approaches you can use to attempt to identify and overcome bottlenecks in your business.