An Introduction to Blockchain: The Potential for Process Management and Beyond 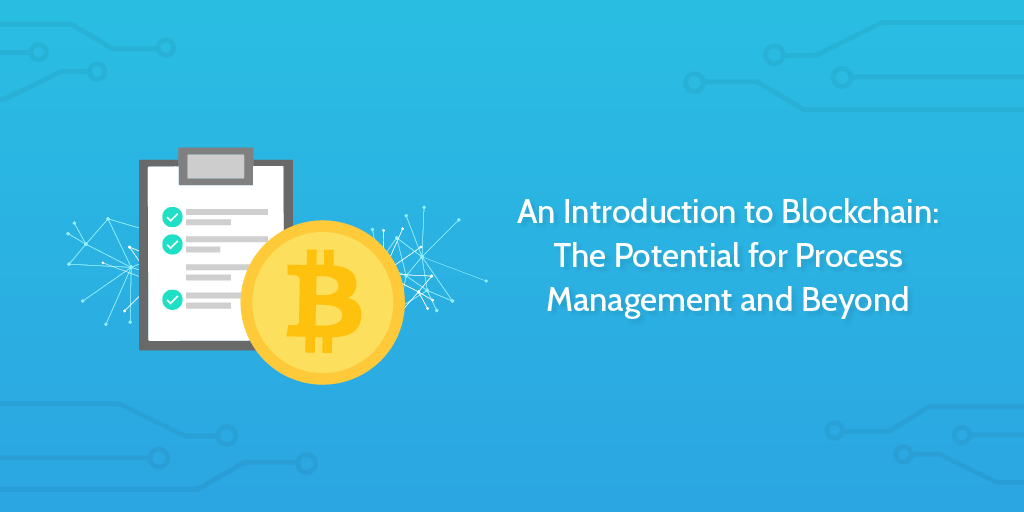 Together, these various buzzwords form a distributed ledger of hype!

The potential for a new decentralized world has led investors, writers, bankers, entrepreneurs and more to herald various versions and aspects of this new technology as representing the future of humanity.

A World Economic Forum survey even suggested that 10% of global GDP would be stored on the blockchain by 2027.

There is a lot of excitement about the direction the technology is heading, but the tech behind Bitcoin has existed for a while now and we’re yet to see much mainstream integration of it.

Which begs the question: what can the blockchain be used for?