Systems vs Goals: How I Lost 70lbs and Learned Piano 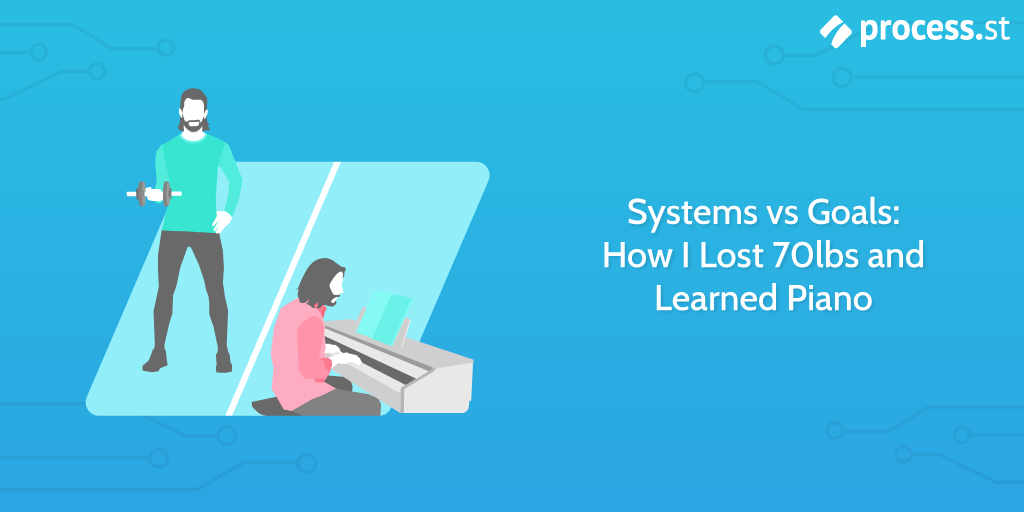 “To put it bluntly, goals are for losers… goal-oriented people exist in a state of nearly continuous failure that they hope will be temporary.” – Scott Adams, Scott Adams’ Secret of Success: Failure

Matching up systems vs goals might seem odd but the truth is that you should be using one and not the other.

From broken New Year’s resolutions to a failed career as the next big rockstar, goals have a nasty habit of not being met.

Scott Adams, the author of Dilbert thinks much the same in his book How to Fail at Almost Everything and Still Win Big: Kind of the Story of My Life.

He identifies that everything wrong with goals can be solved by instead applying a regular system to complete your tasks.

I scoffed at first but then realized that I’d done precisely that to lose 70 lbs in six months and learn the piano.