AI and Fake News: How Technology Has Changed Modern Propaganda 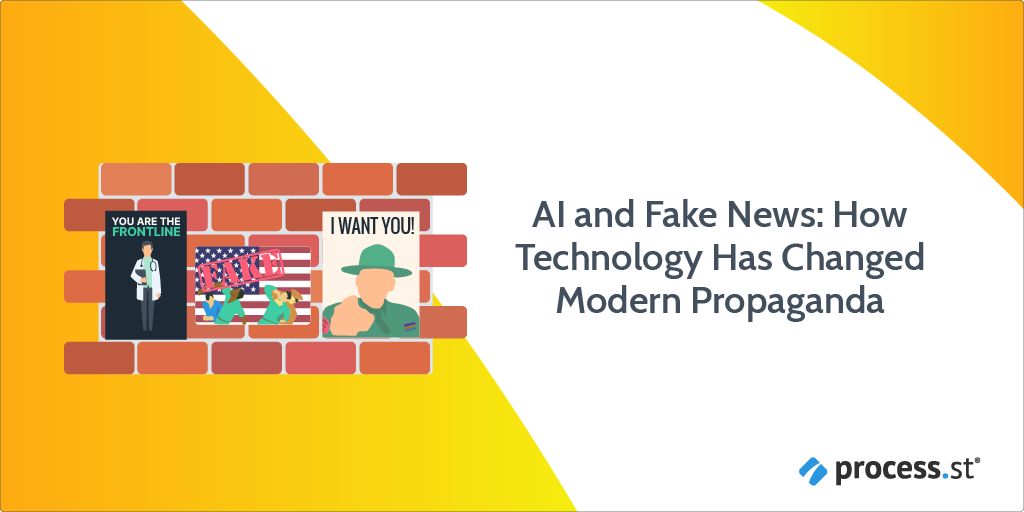 “The misinformation crisis is a symptom of the enormously significant ways that the internet has changed our information ecosystem, which I don’t think anybody, least of all governments and traditional media, has fully got to grips with.” Al Baker, Managing Editor at Logically

If you’ve been on social media at all in the past decade, you’ve likely spoken to at least one synthetic person without even realizing it.

To be honest, probably more than one. In the early months of 2020, Twitter purged 174,000 bots it claimed were being used by the Chinese government.

This is what propaganda looks like today. But no, you say, propaganda is kitschy, cartoonish posters from the 1940s, and, once upon a time, you’d be right. The truth is, though, modern propaganda is almost completely digital – and not nearly as easy to spot.

Dictators use bots to stifle uprisings. Political candidates use bots to promote their platforms. Civil rights advocates use bots to schedule protests and share information. That new startup has bots to raise its brand profile, and if you’ve ever scheduled an automated post, you’ve used one, too.

Like most technology, bots aren’t malevolent by nature; how they’re used, however, is another matter entirely.

This article is going to examine the methods and origins of modern propaganda and what’s been done to combat it.