Dropbox vs Google Drive — Which Should You Choose?

I recently hit the limit on my 100GB Dropbox account and after a bit of research decided to make the move from Dropbox to Google Drive. In this post I’ll explain why I did it and some cool unexpected benefits that came from the move and give you a rundown of Dropbox vs Google Drive.

Dropbox and Google Drive are file storage services that sync files between a folder on your device(s) and the cloud. Making it easy to backup and access your files from anywhere.

Up until a few weeks ago I was paying for premium plans for both Google Drive and Dropbox. Both 100GB plans, $1.99 a month for Google drive and $9.99 a month for Dropbox.

END_OF_DOCUMENT_TOKEN_TO_BE_REPLACED

How I Replaced 3 External Hard Drives with the Cloud 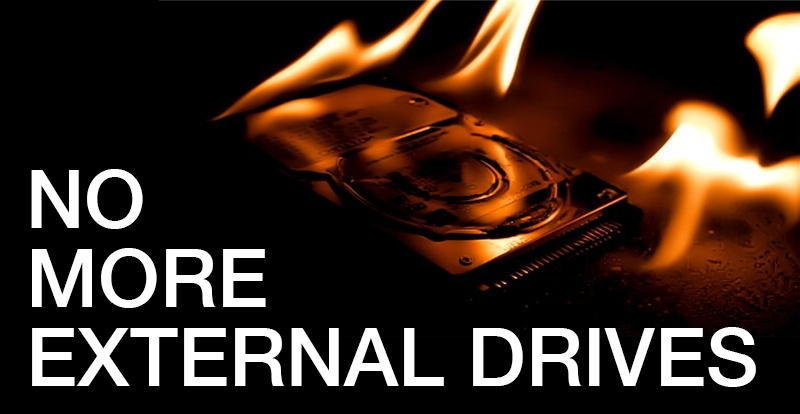 External Hard Drives suck. They take up space, USB ports and are far from a secure place to keep your precious photos and videos.

I used to have three external hard drives, now I have none. In this post, I’ll explain how I got rid of them and how you can too.

A while back I switched from Dropbox to Google Drive since they are now offering 1TB of data for just $10 a month. But the change had a few unexpected benefits, one of which was allowing me to get rid of my external drives.