Why Are Monopolies Bad? An Analysis of 6 Rise-and-Fall Companies 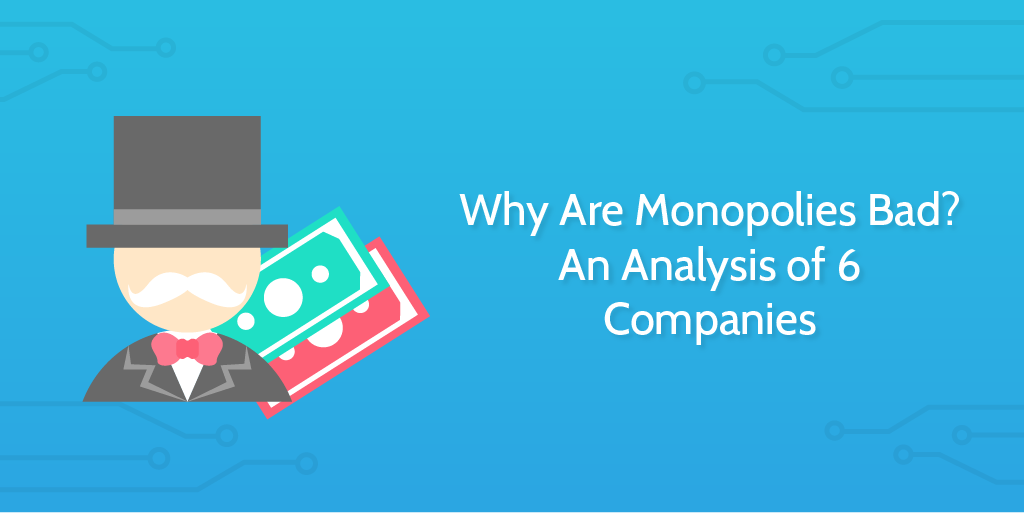 When I think of monopoly I think of a mustachioed man with a nice hat and a highland terrier.

Yet, those aren’t the only monopoly connotations you should be worried about. The New York Times recently reported that a whopping 77% of mobile social traffic is owned by Facebook, 74% of the ebook market is Amazon, and Google owns 88% percent of the search advertising market.

They aren’t the only monopolies around and they’re only in specific sectors. A report from eMarketer showed that in 2016 Facebook and Google collectively accounted for 57% of all mobile advertising – and that figure is rising. Maybe it’s not a monopoly at all, but a duopoly?

In this article, we’ll look at the rise and fall of some monopolistic scenarios and try to learn a little about how this current dominance may look moving forward.