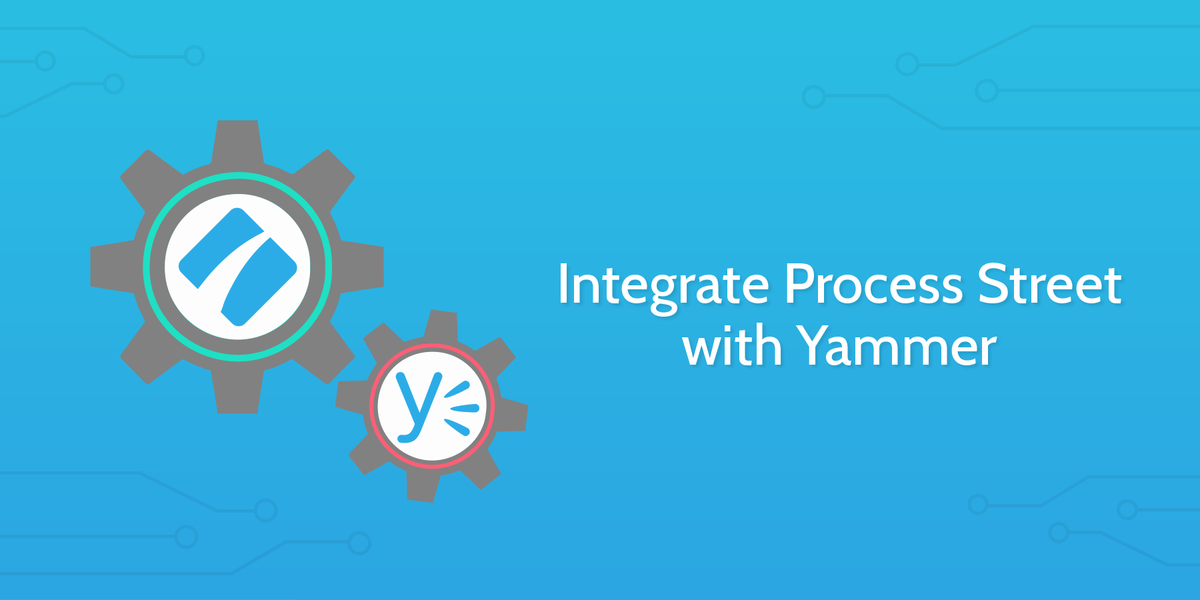 Process Street‘s new integration with Yammer makes it easy for teams to see what members are doing outside of Process Street.

How does it link up with Process Street?

Comments, attachments and @mentions feed into Yammer in the form of messages that can be shared, liked and commented on.

This social layer of Process Street activity gives employees more accountability and encourages them to chip in, share advice and solve problems together in a social networking environment. Here’s how it looks when Process Street feeds activity to the Yammer feed: If your team already has either a Process Street or Yammer account, you can link the two by going to our Process Street for Yammer page and clicking “Login with Yammer”. Anyone with a company email address can be added to the group and will be automatically added to a linked Process Street organization at the same time.

Naturally, checklist activity is indexed in Yammer making it a powerful, searchable database accessible by anyone in your business — promoting transparency and avoiding confusion.

Working out loud, an idea promoted by Yammer but conceived by Bryce Williams, is one of the reasons Yammer and Process Street work so well together. Comments and attachments help to clarify difficult tasks and Yammer is a platform for discussion and problem-solving.

These kinds of great things can only happen when employees are working out loud – e.g saying everything they’re doing. In the case of the Yammer + Process Street integration, much of that is automated, building an archive of information for all employees to see.

Make sure your work is in the right place and being seen by the right people.

Link your Yammer account up with Process Street and start working better as a team with your co-workers.