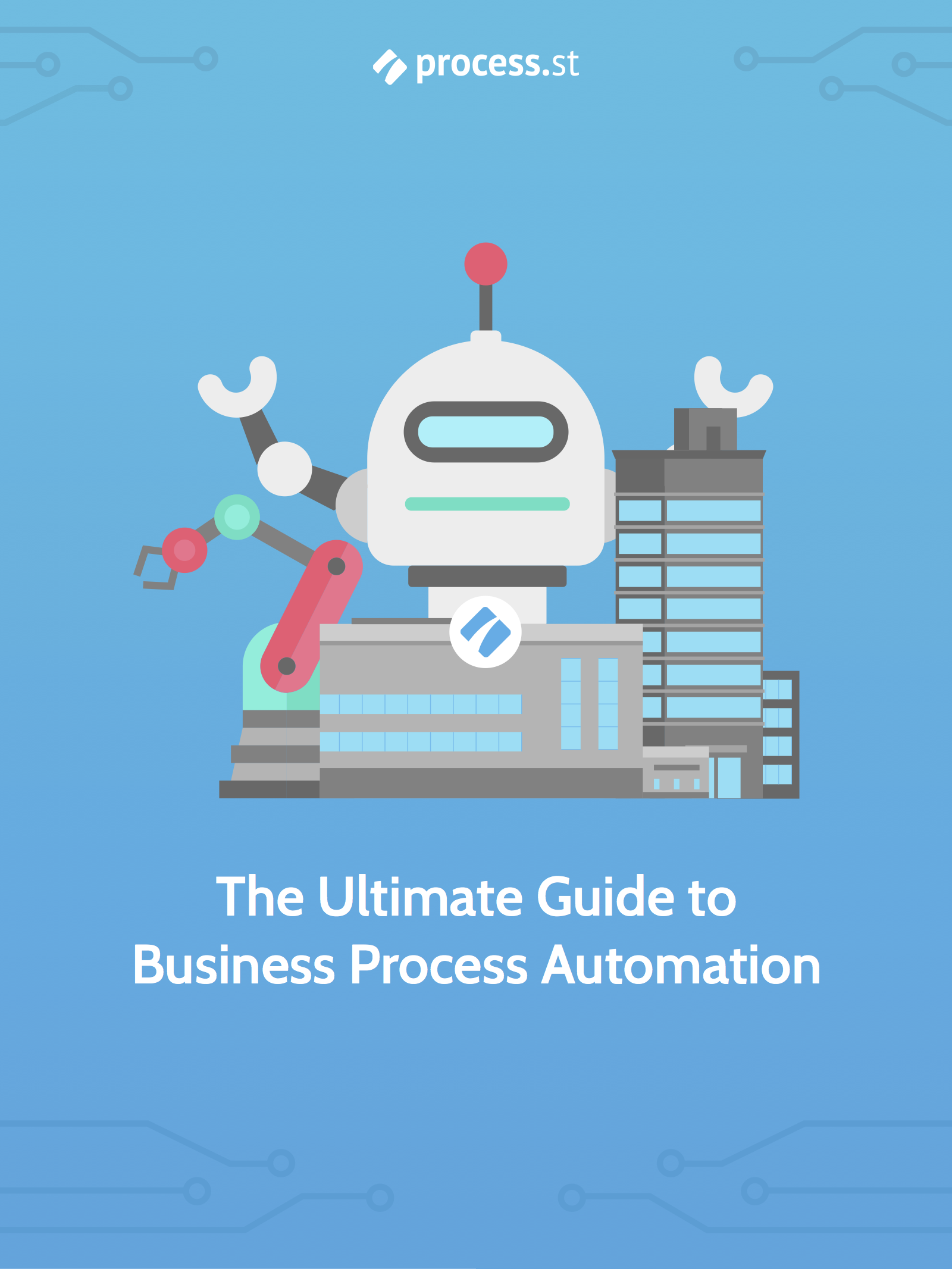 How many of your team’s responsibilities do you think you could hand off to a machine?

McKinsey estimates that about half of work could be automated. Imagine how much more work your team could complete with twice as much time, and no dull data entry bogging them down.

Automation has moved from being a luxury to a necessity, with Forrester predicting that it can cut operating costs by up to 90%. With your costs down, automation leaves you with budget to spend on innovation over maintenance.

Not convinced? Read on…

Despite its power, automation can seem scary at first.

Automation is a powerful tool your team can use to be more efficient. Using it lets you hand off menial tasks to computers so that everyone can focus on the important work — work that only humans can do.

Automation is a big concept. It’s hard to know where to start.

Don’t worry, we’ve got you covered.

This guide will take you through:

It’s not complex, it’s not scary, and it certainly won’t be putting your team out of a job. Automation is designed to let people produce more work to a higher standard with less effort.

Who is this guide for?

If you’re not using automation, this guide is for you. Your team is wasting valuable time on tasks that could be handed off to a machine.

If you’re aware of automation but don’t know where to start, this guide is for you. In it, you’ll learn how to apply automation to real business cases and see results straight away.

If you’re automating some tasks but know you could do more. This guide takes a comprehensive look at the different kinds of automation you can implement, from the basic to the complex.

If you’re doing any of the following tasks by hand:

These sound like little tasks, but they add up. For example, SiriusDecisions reports that a staggering 64% of a salesperson’s time goes to administrative tasks instead of selling. If the same goes for your team, reducing administrative work could unlock much higher performance.

Get work done faster, without variance or mistakes

You can hire the most capable people, but unless they’re robots in disguise, there will be variance or mistakes in their work. With automation, you’ll reduce the risk by giving the repetitive tasks to a computer.

This helps to make output more predictable, reduce mistakes, and make your team happier (whoever used to have to trawl through the most spreadsheets will suddenly feel a lot better about their job!). Since a machine can run constantly without rest, you could have it process large sets of data on autopilot, 24/7. That’s something you’re not going to get out of even the most dedicated employee.

Ready to reduce errors, get work done faster, and manage a happier team?