How iQ Food Co Use Process Street to Manage Their Operations 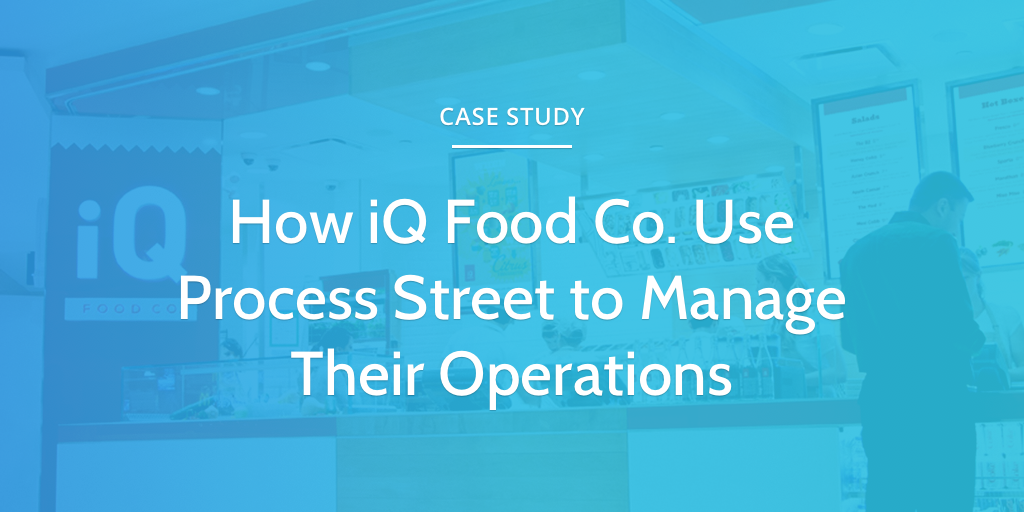 Toronto-based iQ Food Co is a long time user of Process Street and its operations are being driven forward with the aid of our platform. We spoke with Arthur Bekerman, the COO, about how iQ Food Co implement Process Street in their business.

iQ Food Co is a company deeply embedded with an ethos. They devote themselves to the promotion of balance and sustainability and feel that everyone should have access to the healthy and vibrant food they provide. More than half of the produce iQ Food Co buys is sourced from within 100 kilometers and they serve it up in balanced colorful meals for customers across their 5 locations.

iQ Food Co is a growing brand and attracting increasing levels of attention. But how do they keep their business growing?

From one outlet initially, iQ Food Co has grown to have multiple outlets across the center of Toronto.

Their intention is to continue to achieve high levels of customer satisfaction while streamlining and documenting their operations. With this process underway, iQ Food Co is laying the foundations for larger expansion.

Arthur tells us how at the beginning, these processes existed in his head and were too dependent on him. This didn’t help Arthur and nor did it help the employees. In the early days, there was a lot to manage: “It wasn’t in disarray but whatever I was responsible for was totally in my head. Some notes in Evernote, some here, some there. On the store level, a lot of this got missed.” 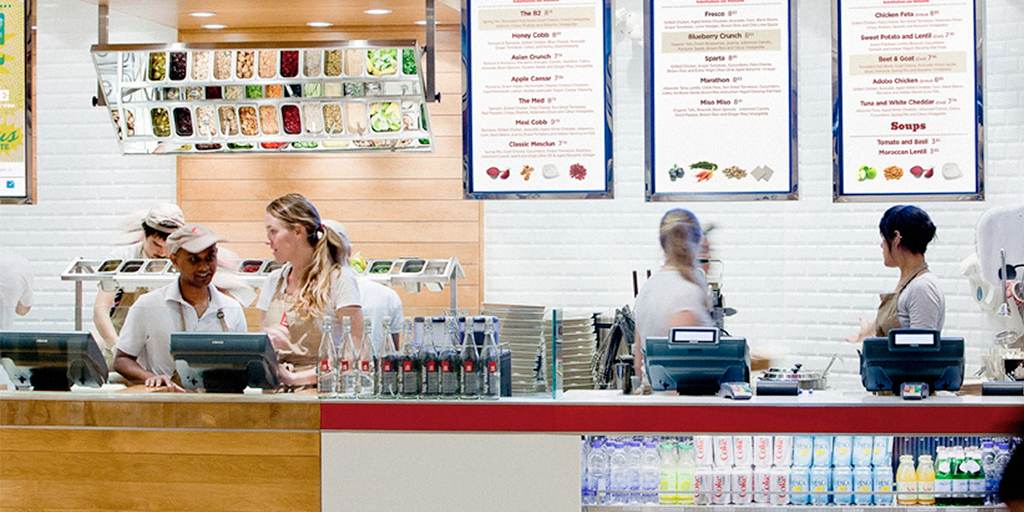 Growing their business with Process Street

This can often be fine if you’re only running one outlet, but as your hard work begins to pay off and more stores begin to open, extra tools are needed to take control over operations. Most importantly for Arthur and iQ, the company processes need to exist in a documented manner for other people to be able to pick up.

Right now, Arthur describes how he feels the company is in a transition stage where he can begin to work on the company more than in the company: “We run stores, we run sets of stores, we build new stores – there’s a whole load of ways our tentacles reach out and right now we don’t really have much of a process for any of it because it’s not a process until it’s fully documented.”

Arthur feels strongly about the importance of documenting processes and being able to pass knowledge on and optimize operations. He tells us about the area of his business he feels has been effectively transitioned to process management: “I’ve got one onboarding one offboarding – it’s fantastic. And then I have a whole bunch of other ones like transferring employees from place to place, and we also have store levels, pay raises – so everything to do with onboarding and offboarding is pretty well documented.”

“[With Process Street] I know with 100% certainty that I’ve done exactly what needs to be done in the best possible way.”

For iQ Food Co, the effects of these organizational changes have been noticeable:

Now he’s using these documented processes to train new staff more efficiently and to cut down on mistakes. Arthur describes one of the major pain points in the company’s operations, as he talks about how they used Process Street to tackle the poor payroll processes: “I created a 3 minute demo and I created a step by step Process Street because there were about 10 different things which should have been entered which were just simply missed all the time. Every mistake that recurred, we’ve created a process and made sure the step where that mistake happened was very clearly written to avoid the mistake.”

We did laugh when told it had “eliminated 100% of mistakes” – would people believe us if we printed it?

Arthur is looking to take Process Street to the next level in his business and make it the center of how they run their operations.

As iQ Foods Co look to move forward to new locations and to service different markets, we can only hope that Process Street can stand by them as they grow. 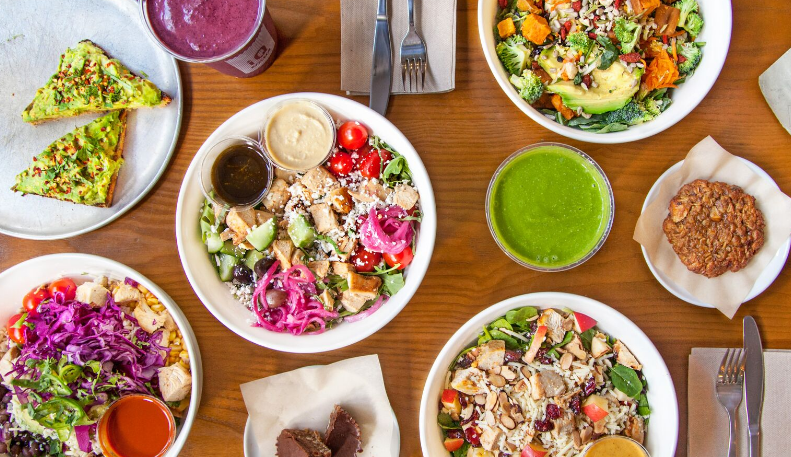 Taking it to the next level

Arthur’s plan is to use Process Street to build a spine for the business.

He wants to use the core of Process Street to tie in other applications and to standardize operating procedures across all staff and all outlets: “What we want to do is say “okay, these are all of the tasks that we have in the company – whether they’re done on one platform or another – what we’re gonna do is we’re gonna create checklists within Process Street to verify that people are doing what they should be doing in any application.”

This ambitious program should cut waste and give Arthur the ability to retain remote control over ensuring quality even when he is not present.

His final goal is a library of processes to rival the great Alexandria.

“The ultimate goal is that every single process we have is documented and either a checklist scenario would be used, or as a reference library.”

Great example of using Process Street. You’ve inspired me to suggest this approach to a client I’m working with.
I’ve also shared it on the Middlestone Google+ page here: https://plus.google.com/b/109118014560632622241/collection/8XSBrB
Regards, Terry.