To do this, the team at Southport Technology Group needs to have lean standard operating procedures to ensure they can meet demand efficiently while keeping costs low.

In this article, I’m taking you through how the team at Southport Technology Group uses Process Street to optimize their onboarding programs for clients, developers, and employees.

“Anything that only I know how to do is a problem.”

Trevor Ewen, being the CEO, was always responsible for onboarding his contractors, new employees, and clients because he was the only person with this information.

For him, this was a problem. He didn’t want to be the only one to call when these processes needed to take place; it was a bottleneck waiting to happen.

“If you’re paying someone by the milestone, the last thing you want to do is just be waiting around all day long, especially when your contractors [have the power to] shift production by three or four days. So speed is critical.”

Another problem Southport Technology Group faced was getting their new contractors up and working as quickly as possible. Ensuring contractors get onboarded in the quickest and most efficient way helps reduce costs, which is what they need to do if they want to supply affordable services to smaller businesses.

As a fan of standard operating procedures, he decided to make the move to structuring these processes in Process Street. Many of the policies and processes Trevor puts into place in his software firm are specifically taken from a book by Michael Gerber called The E-Myth Revisited, which details how to create an organization around repeatable processes.

“Software development requires a lot of standard operating procedures in place because otherwise, the sheer complexity of the knowledge transfer becomes overwhelming.”

Having a culture built around standard operating procedures has helped the team at Southport Technology Group become more efficient. Trevor’s love for repeatable processes and his quest to create a software company composed of these SOPs led him to Process Street.

“[Having a culture around playbooks] clearly plays into my interest in Process Street and why I thought it was such a cool useful tool to help move forward as we continue hiring people.”

Trevor has just hired a new manager and all of the onboarding procedures and tasks are available in Process Street. Previously, all of this information sharing that needs to be done during the onboarding phase was done by Trevor.

Now, everything the new manager needs is in Process Street, which leaves him with more time to work on complex tasks that need his attention. But, the team at Southport Technology Group doesn’t only use Process Street for employee onboarding.

Trevor also uses Process Street for contractor onboarding. He describes that this process happens more frequently than their employee onboarding process, and is even more useful. The team at Southport Technology Group works with more contractors than employees because they only work with the team for a very limited time.

“[Having these standard operating procedures in place] makes our jobs more fun and interesting because we aren’t spending time trying to figure out how to get information from person to person. We’re actually spending [more of our time] building software for our customers.”

As well as having more time to build software rather than sending information from one person to another, Southport Technology Group has also seen a reduction in costs. Because of these standardized processes, they can run leaner and target a market that’s pretty underserved by the majority of software providers.

Previously, Trevor was the one to call when it came time to onboard a new client. All the work was done by him, so it took up a lot of his time. Process Street has helped put these tasks into a repeatable workflow for the team. The responsibility no longer falls on Trevor, which saves him time to deal with more executive duties.

Southport Technology Group also has a developer operations workflow. There are various tasks that arise when maintaining software. Having a dedicated process for these develop operations helps the team:

Overall, Trevor and his team at Southport Technology Group have created a company culture built on repeatable processes. Now, there is clear information on how a manager or contractor can do something whenever it needs to be done. Trevor no longer needs to dedicate a large portion of his time getting them acquainted with the processes they need to perform. 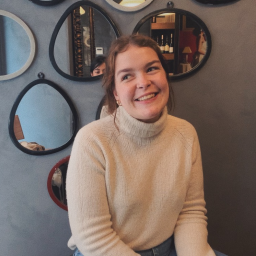 Grace is a content writer with a thirst for knowledge and coffee. You'll find her reading in a small cafè or singing at a rundown jazz bar when she's not overconsuming coffee or compartmentalizing her thoughts into a blog post.