When I think of reverse mentoring, I think of summers with my grandparents as a teenager.

In 2011 they had recently replaced their dial-up with this neat little thing called “whiff-ee,” as my granddad pronounced it. But, as my grandparents grew up in the 1930s and 40s, they didn’t really understand how to use it. Thankfully, they had teenage tech support living in their guestroom for five weeks to help them with all their tech problems and to teach them how to connect all their devices.

I think many people have similar thoughts about reverse mentoring as I do. We think of the kids helping their grandparents with their smartphones and internet connections, setting them up with the simplest possible systems, but it is much more.

As a younger Millennial/older Generation Z (seriously, no one knows where to put the kids born between 1995 and 1999), my generation has now entered the workforce, and our approach to working is different than that of the generations before us.

34% of Generation Z believe opportunities for advancement are more important than their salary. If a significant portion of  Generation Z is less money motivated, how do you convince them to stay with your organization long-term?

Here are a few other problems you may often think of: the War for Talent, the Great Resignation, and an increase in older workers choosing early retirement. The answer to these problems is reverse mentoring. Please allow Process Street to explain how it works:

What is reverse mentoring?

It’s widely believed that Jack Welch used reverse mentoring first at General Electric. Welch was the company’s CEO in 1999 when he asked younger employees to coach older employees on how to use the internet.

How to use reverse mentoring

Reverse mentoring is most useful for training in digital technology. For example, let’s say you’re planning an HR digital transformation. You’ll be looking at upskilling a percentage of your current workforce.

Who will do the upskilling? Well, 60% of Generation Z have said they’d use virtual reality as it increases in accessibility; this makes it obvious they have great faith in technology and experience with it.

With that in mind, Gen Z is ideal to lead the training. It will also benefit their self-esteem and give them clear intent. Consider that 42% of Gen Z want to be with an organization that offers them a sense of purpose more than money. That makes them the perfect mentor for willing mentees.

As well as the mentee learning from the mentor, the relationship must have a firm foundation. If the two parties are from different backgrounds, then reverse mentoring can involve not only the exchange of skills but also discussions centered around equality, diversity, and inclusion.

A well-structured plan for the mentoring process is essential.

What would help to make this easier would be an online knowledge base. Employees can refer to documents and add their comments while sharing workflows with others involved in the mentoring exchange. If you’ve previously relied on paper documents, you can save time and money by shifting your processes online.

One question you may have is to ask if reverse mentoring creates challenges. The answer would be yes, and the reason would be to do with working methods. Each generation has its strengths and weaknesses. Baby Boomers – those born between 1946 and 1964 – are generally less tech-savvy than later generations.

Also, 93% of Millennials own a smartphone compared to 68% of Baby Boomers. But it’s worth considering that voice recognition may transform our tech use and make it easy for older generations. It’s also worth noting that 70% of America’s disposable income belongs to baby Boomers.

A way to dispel these beliefs – and stop them from causing problems during reverse mentoring – is to use surveys. A set of questions would allow the participants to discuss their reservations about the mentoring process.

Online employee surveys can allow reverse mentoring participants to answer questions anonymously. Unless it is an open discussion, reverse mentoring may flounder under the weight of different expectations and misunderstandings.

At Process Street, our workflows, including surveys, can be edited. That way, our customers can tailor or create surveys to suit their needs. This ability benefits reverse mentoring and helps gauge workplace opinions on the subject.

The benefits of reverse mentoring

If Gen Z can help to retrain your multigenerational workforce, older employees may rethink early retirement. In fact, research suggests that 68% of recently retired workers would consider returning to work. As well as schemes like returnships assisting employees back into work, reboarding could give them access to more skills and higher salaries.

You can even introduce online reverse mentoring during an employee’s preboarding period. We have some tips for you on how to make mentoring successful.

Here is how to use reverse mentoring and make it work:

Diversity in the workplace is an issue close to Millennial and Gen Z hearts and one they largely assume older generations are resistant to. And when 90% of Fortune 500 CEOs are white men and a measly 1 in 5 boardroom members globally is a woman, the evidence to support the Millennial assumption is pretty damning.

But diversity is no longer an issue older generations can ignore. Millennials are expected to become the majority and make up 75% of the workforce by 2025. If they are going to be the ones running things in the next few years, it’s important to make them happy.

And with 74% of Millennials saying that they feel their organizations are better and more innovative when they nurture a culture of inclusivity, it is clear that this is not an issue they are going to back down from.

Reverse mentoring can be a great tool to help build the kind of inclusivity Millennials crave so much, which would be a great workplace incentive for many. On average, Millennials change jobs every two years as they are less likely to give loyalty to a company where they feel underappreciated, or that doesn’t align with their values.

PricewaterhouseCoopers implemented a reverse mentoring program to promote inclusivity in 2014 with great success. The program is ongoing and now boasts 122 Millennials mentoring 200 directors and partners.

Mentors have expressed how they have enjoyed being able to share their experiences and ask the executives tough questions. By doing this, they have been able to challenge the executives’ views and, thus, have created a safer, more inclusive workplace.

This may sound jarring at first, but hear me out. Estée Lauder’s reverse mentoring program began after the CEO, Fabrizio Freda, said that the company “had come to a place where the future could not be informed by the past.”

He recognized that his executives did not understand the new generation of consumers and how markets were changing enough to compete effectively. And the work culture at Estée Lauder wasn’t conducive to creating the type of collaborative environment necessary to make the changes they needed.

In their reverse mentoring program, the Millennial mentors taught the older executives about the power of social media and influencer marketing. This led to the mentors creating a knowledge-sharing portal called Dreamspace, which gave everyone a place to exchange ideas and knowledge. It helped create a more collaborative working culture that drew upon the expertise of both the older and younger generations.

They then took things a step further by distributing a bi-monthly report to all employees and executives going over the current leading topics in the portal to ensure everyone was always on the same page.

Reverse mentoring can bring a breath of fresh air to an otherwise stale work culture. It has the potential to change things in a way that benefits everyone, not only the older generation who has been with the organization the longest. And with Gen Z entering the workforce, it might be time to start reverse mentoring programs with them to offer yet another fresh perspective on workplace culture.

The challenges of reverse mentoring

This resistance can generally be overcome with a presentation of the benefits as well as proper training for both parties and making the right mentor/mentee pairing. Doing these things can help kickstart a great program, but the challenges don’t stop there.

Often the death of reverse mentoring programs is the lack of prioritization. Even if the program setup is done correctly, if the executives put their time with the mentor at the bottom of their priorities list, it is likely that the program won’t take long to fizzle out.

Another common pitfall to watch out for is poor communication. If your organization’s mentors and mentees don’t have their roles clearly defined before they begin meeting, communication is likely to suffer.

Each party should understand their role and what is appropriate or inappropriate for them to say. Laying out the parameters for good communication ahead of time will help avoid problems with either party saying the wrong thing or not saying something they probably should. Like advice that might be tough to hear, for example.

The overall benefits of reverse mentoring far outweigh its challenges and should be considered by every organization that finds it difficult to retain Millennial and Gen Z employees.

They are the future of your organization, so making them happy and using their expertise to create the type of work environment that suits them and the older generation will only make your organization stronger.

Does your company have a reverse mentoring program? Tell us all about it in the comments! 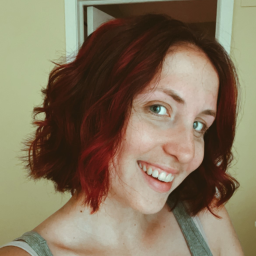 Isabella Busby-Priest is a content writer with a keen interest in all things environment, nature, travel, and culture. When she's not creating new blog content, you'll often find her reading in odd places or planning a trip to a new country.

thanks for sharing this article.
very nice article