How to Sell Your Small-Time Internet Business 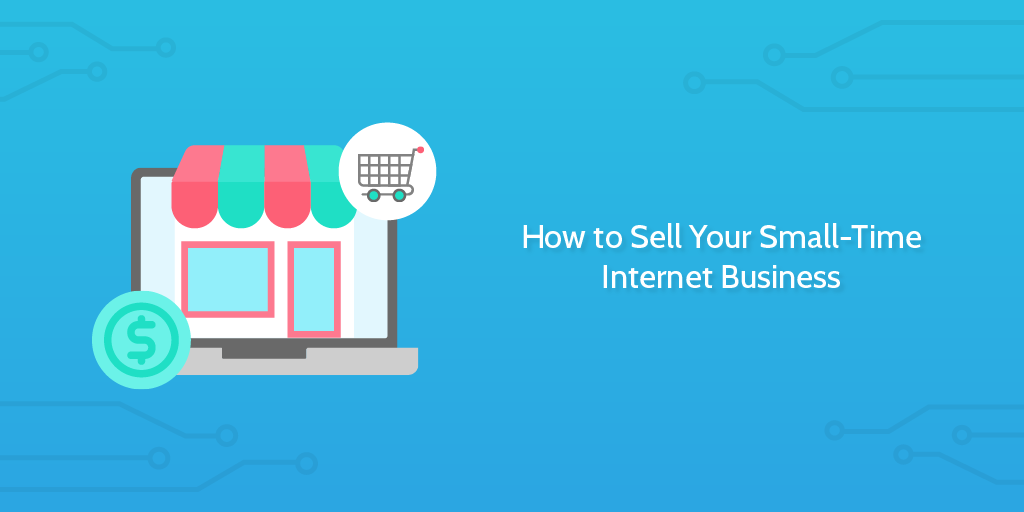 The biggest acquisitions of the hottest startups are hugely public. But because the most newsworthy acquisitions are the biggest, we’re led to believe those are the only kinds of acquisitions that happen. That’s simply not the case.

In 2011, I sold my first internet business for around $20,000 through Flippa, an eBay of sorts for domains, apps, and websites. The business was called metallicnails.com.au, a drop-ship business that distributed nail art, and the place I cut my teeth on entrepreneurship and the powers of automation.

I made a quick walkthrough video (below) explaining the details of the site and what came with winning the bid—the inventory, the blog posts, the landing page. The sale didn’t make major headlines, and there were no long talks behind closed doors or sudden doublings of bids.

But that deal gave me the cash to start my next company, which paved the way for creating Process Street. Small deals like this happen all the time, and have a huge impact. It turns out there are a number of ways for even the smallest of web businesses to find buyers and sell themselves. Here are three stories of small-time exits, and what you can learn about them to make your own acquisition happen.

Put your startup up for auction on eBay

Flippa isn’t the only place to sell a site. Before Justin Kan and Emmett Shear co-founded the video game live streaming site Twitch and sold it to Amazon for $1 billion, they had their own small-time startup acquisition. In 2006, they sold their calendaring app Kiko for $258,100 in the unlikeliest of places—eBay.

Like many startups, they built a cool app, launched to moderate traction, never made any money, couldn’t raise much funding, and went out of business.

That’s where the story ends for most, but Kan had a crazy idea—why not put the company up on eBay and see if they could get some cash back for their investors?

They weren’t hoping for a million dollar acquisition. As Kan described it: “We figured if we could recover even $50,000 we’d be able to give the money back to the investors and walk away with a clean conscience.”

But then something interesting happened.

In the early days of the auction, Kan and Shear posted the auction on social news sites like Reddit and Hacker News, and with the help of a few friends, they pushed the story to the front pages of those sites. Soon, the story got picked up by bigger news outlets like TechCrunch.

They got their first bid, and then emails and phone calls started rolling in from folks interested in learning more about the auction. Not long after, they’d hit the auction price of $80,000.

On the last day of the auction, Kan was in New York City, hanging out in a friend’s living room in his underwear, hitting refresh on the browser over and over. He watched as the number went up and up, until there was just 1 hour left to go.

It jumped to 100k. I ran out and yelled something unintelligible to my friends. A few minutes later it was 113. I was a genius. 150 with 15 minutes to go. I had just invented a new business model for web startups across the globe.

In the last 10 minutes it jumped over 100k to 258. I was on the phone with Emmett literally screaming. My friends were cheering. I felt like I’d won the Superbowl. I was a rock god.

Final price: $258,100. Buyer: powerjoe1998, who turned out to be Elliot Noss, CEO of Tucows, with whom I’d had a few conversations. He called a few minutes later to congratulate us. That night I partied like it was my last night left to live.

Hire a specialized broker to land a deal

Bingo Card Creator helps teachers make bingo cards for classroom games and learning exercises. It was never going to become the next Snapchat, but it made $1,000 to $5,000 a month and allowed its creator Patrick McKenzie to quit his corporate job and become a software entrepreneur.

During the 8+ years that McKenzie worked on Bingo Card Creator, he actively blogged about what he learned in growing his revenue from nothing to several thousands of dollars of month. In the process, he became a well-known business-of-software expert.

Still, when it came time to sell, he decided to hire an mergers and acquisitions (M&A) advisor — FE International — to make a deal happen. The hardest part of selling a small internet business is finding a buyer, and that was true even for a well-known figure in the tech community like Patrick McKenzie.

Rather than put his company up for auction on a general purpose marketplace like eBay and then drive traffic to it himself as Kan and Shear did, McKenzie chose FE International because they specialized in the narrow category of business that McKenzie hoped to sell—software-as-a-service (SaaS) businesses, many of which are making hundreds of thousands of dollars per month.

It showed. Within less than 1 month, they had found a buyer, and a few weeks later the deal closed and the cash hit the bank. McKenzie sold the company that he had worked on for nearly a decade in just over 1 month.

Get aggressive with your personal network

Matt Mireles had grown his transcription startup SpeakerText to mid-six figures in annual revenue and raised over $1M from top investors like Google Ventures, but by 2012, he had run out of steam. It was time to sell.

The problem was that no one was buying.

He reached out to investors and asked for warm introductions to potential acquirers, but that led nowhere—Google, Facebook, Amazon, and the rest of the big names weren’t interested. Finally, he talked to his lead investor, who gave him the bad news. Instead of helping him find a buyer, the investor advised Mireles to “die gracefully.”

At that point, it would have been easy to accede, admit defeat, and wind down, to avoid the fruitless and embarrassing work of finding an acquirer for a failed startup. He had tried his best, followed the startup acquisition playbook, and failed.

But instead of giving up, Mireles got creative. Rather than turn off his phone and close the door to the outside world, he did the exact opposite.

He “mass emailed every investor, advisor, CEO, and CEO list in [his] address book,” making it known that an awesome company and team was ripe for acquisition—and the response was overwhelming.

While he’d struggled to get intros to interested buyers in the previous months, with a single email he received four dozen leads from legitimate potential acquirers, three of which led to offers and one of which resulted in a term sheet. Within a few months, he’d sold the company.

There are no rules to getting your startup acquired, and that means that you often have to get creative and find your own solution. When Matt Mireles emailed his entire network about the potential for acquisition, he cleverly posed the question as one about a friend’s company. He responded to interested parties by emailing, “Hey, you know that friend’s startup I was talking about? Well, that friend is me. ;)”

Whether you sell your internet business to a friend of a friend, a stranger from an auction site, or a billion-dollar tech company, it’s going to take some elbow grease. But if you explore the different options, you’ll be able to find a buyer and move on to your next big project in no time.

Thank you for this informative article! We’ve also written a blog post on how to attract the best buyers for your business. If you’re a business owner planning your exit strategy, read it on our website here: https://www.tkomiller.com/blog/8-ways-to-attract-the-best-buyers-for-your-business

Vinay, just wanted to say thanks for your time, great piece. I work in the automotive aftermarket drop-shipping but primarily designing my own products that I contract out for manufacture including all kinds of custom cargo nets and cargo management solutions that you can see on the site http://www.cargocatch.com and under cargo nets, I also am authorized to sell it all just need a good data dump and someone to take over the sales. I also own a patent on a popular product called a CargoCatch for pickup trucks. I’m trying to figure out best way to either sell or hand over my business to somebody who knows what they’re doing internet marketing/social media wise and who can profit while I move on to design more stuff for trucks. I’ve realized that after doing this happily for over 10 years, I’m so buried in so many things that I have to start delegating…let me know if you have any ideas…and again, I’m using your article as my bible for now…thx so much~! Billy