4 Writing Mistakes to Avoid (Unless You Like Sounding Silly) 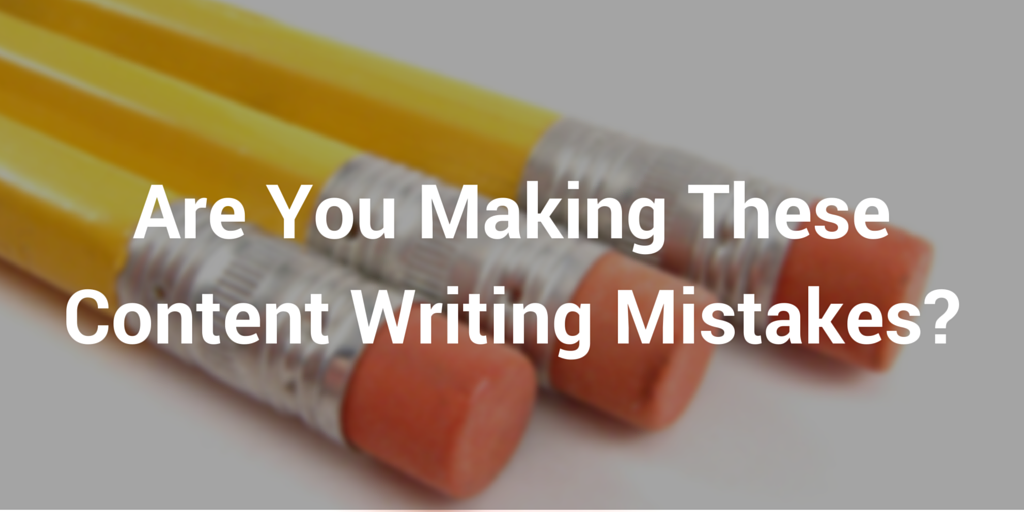 If you’re looking for a study that nicely sums up why business writing is distant, pretentious and ruthlessly disengaging, look no further than 5 Monkeys and a Ladder. This famous urban legend, based on two real sociological experiments, explains the close-minded and anti-growth attitudes that result in the inflated, artless tone content and copywriters so easily slip into.

Five monkeys live in a room with a ladder, a bunch of bananas and a cold water sprinkler. When a monkey goes to the top of the ladder to reach for the bananas, the sprinkler turns on and splashes the others with cold water. The other angry monkeys beat it up, and it eventually learns to stop trying. 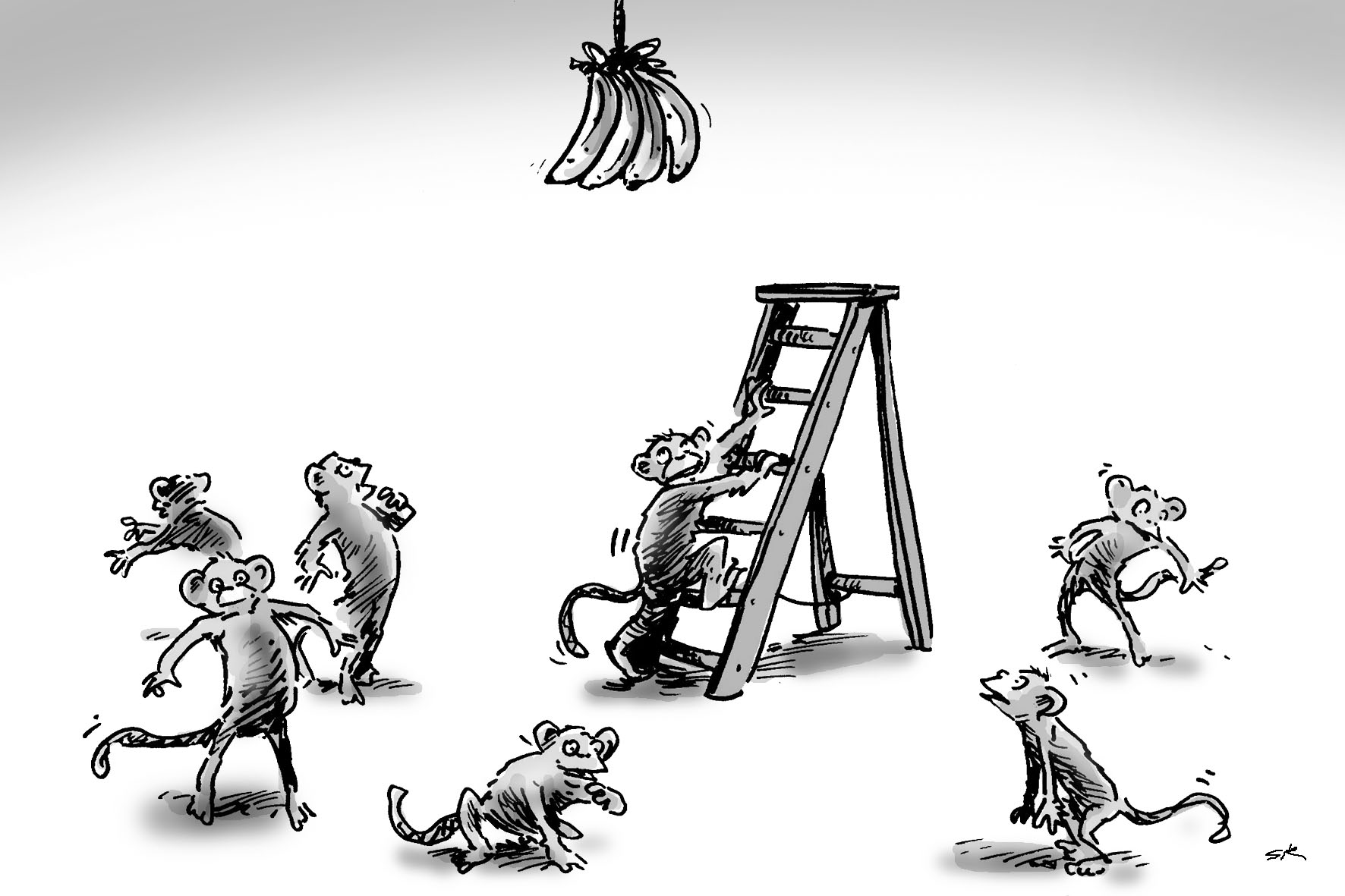 The monkeys are replaced one by one, and each new monkey tries to climb the ladder for the bananas but is pulled down and beaten up by the rest of the group. After some time, the last original monkey is replaced with a new one and tries to climb the ladder. Guess what happens… they all try to stop it, without even knowing they’ll get sprayed with water, just because that’s the way things are.

“The most damaging phrase in the language is: ‘It’s always been done that way.’” – Grace Hopper

Something we should remind ourselves of in times like these is an essay by George Orwell called “Politics and the English Language.” Unlike his other informative essays such as “A Nice Cup of Tea,” this was directed at politicians, those timeless masters of verbal trickery. Orwell was sick of being given watered-down truth cloaked in fancy, meaningless language. In this post, I’ll go through some of the writing mistakes to avoid making, and how it can be applied today. 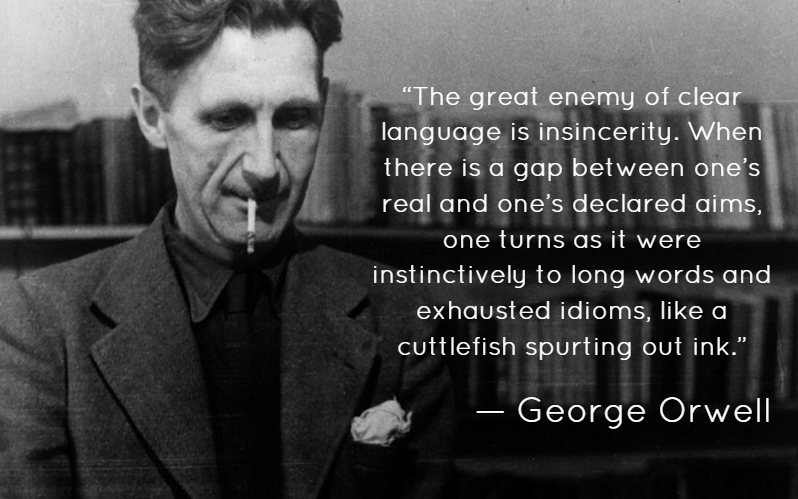 When it comes to business writing, the problem is it’s always been done that way. For years leaders (and later, advertisers) have confused people with corporate language and business jargon. The problem in businesses has gone so far that it’s totally normal today to ‘leverage a robust solution for a bleeding edge vertical.’ But please – everyone would rather you didn’t. It’s a damaging content writing mistake that’s about as helpful as saying you’re going to ‘do a thing for a place.’

Let’s take a look at what Orwell considers the most serious writing mistakes to avoid making in your content.

1. Never use Clichés or Metaphors

If you’ve heard a phrase before, avoid it. Our brains are skilled at ignoring old information, so when you say things like “the best of both worlds”, readers blank it out and get tired of reading eye-rolling text.

Cutting useless words from your content is also a way to keep readers engaged throughout the post, doing wonders for your search rankings.

No one’s going to be looking for legal loopholes in your content, so don’t speak like a lawyer. An example of a terribly written sentence using verb phrases is:

When you could just say:

Striving to articulate one’s argument with pompous diction is a most effective way to ensure one remains detached from one’s audience.

Need I give an example after that sentence? As Orwell says, a bad writer tries to “dress up a simple statement and give an air of scientific impartiality” where a good writer sounds like a human being. Words to avoid:

When you make a claim without supporting it, you’re using words with private meaning. When you talk about “the most talked-about social media management tool” or “the most efficient document editor” without actually giving a good reason, you’re clouding the meaning of your words to the point where your claims are meaningless. 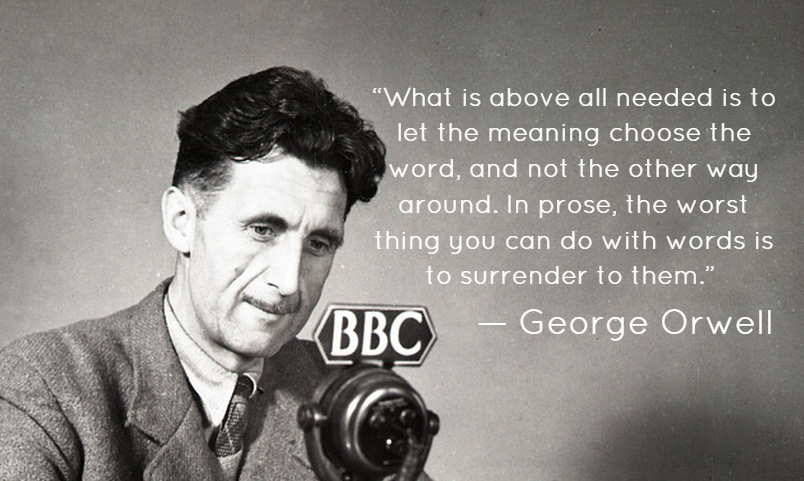 While calling something “the most efficient X” seems impressive at first, an unsupported claim doesn’t go unnoticed — meaning comes from terms with concrete definitions, not debatable ones.

As boring as it might be, drafting your work is the best way to make sure it doesn’t suck. Accept that your first draft is almost always going to be awful, and prepare to sit down and rewrite most of it when you come back to proofread. My first drafts are almost 100% cliches, verb phrases and needlessly complicated words with private meanings, but it’s easy to catch your mistakes if you know what to look for.

The traffic light method is a great way to proofread and your content because it gives a visual representation of quality.

To do it, read through your draft and:

Be ruthless with yourself, and your readers will thank you.

Chances are, good writers are not just good at one thing. While you do get specialized copywriters, content writers, technical writers and sci-fi novelists, it’s likely they could all manage to do each other’s jobs for a day because the skill set overlaps.

Running your business efficiently depends on clearly written processes just as much as a great content marketing strategy depends on compelling content.

Not only do processes written inside workflow management software help you scale the content writing process and catch errors, they are also a great time-saving strategy. Small businesses are at risk of wasting time through lost emails, communication errors or poor coordination, but with collaborative processes, it’s easy to make sure nothing slips through the net.

Take some advice from the grandfather of checklists and the man who wrote a process for pilots to fly notoriously difficult Boeing airplanes — Daniel Boorman. According to Boorman:

“There are good checklists and bad… bad checklists are vague and imprecise. They are too long; they are hard to use, and they are impractical. They are made by desk jockeys with no awareness of the situations in which they are to be deployed. They treat the people using the tools as dumb and try to spell out every single step. They turn people’s brains off rather than turn them on.”

What about good checklists?

“Good checklists, on the other hand, are precise. They are efficient, to the point and easy to use even in the most difficult situations. They do not try to spell out everything. – a checklist cannot fly a plane. Instead they provide reminders of only the most critical and important steps – the ones that even the highly skilled professionals could miss. Good checklists are, above all, practical.” — The Checklist Manifesto 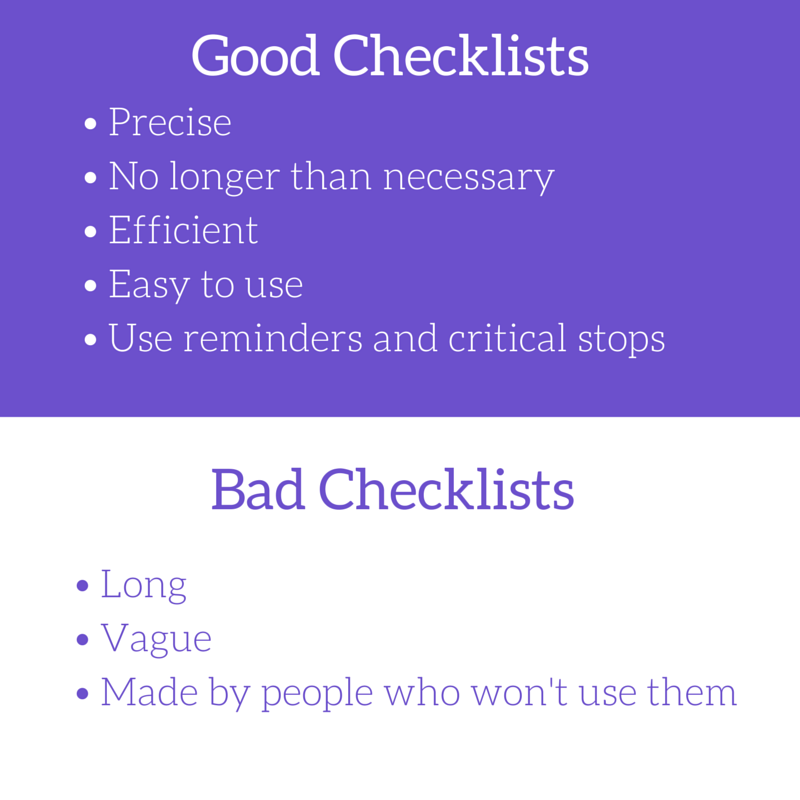 As you can see, there are parallels between content and processes — and even between copywriting and how an author from the early 20th century wants politicians to speak. If you want to read the original essay, it’s free on the public domain via Archive.org, get a copy here.

Clear writing is an eternally relevant skill. The next time you think about calling your business an ‘end-to-end solution for the planning, implementation, and execution of robust, scalable marketing strategies and 100 percent proven SEO tactics’ — think again.

I find this as a powerful tool in the area of marketing. I would want to get more of this to improve on my communication skills especially in business writting

If you’re looking to improve your writing skills overall, I’ve written a similar post which will put you onto a few good books and articles. 🙂

Let me know if this helped.

Great list here. I’m forever challenging my team about writing emails and instructions that are wordy. This list really says it well.

Thanks, Matthew! It’s often a problem with unconfident writers as much as it is with writers that need more training. I guess the two problems can be solved at once. 🙂