How the European Union was Trumped

In my previous Process Street article looking at political processes and campaign strategies, we analyzed Donald Trump’s campaign for President of the United States.

Underneath his media dominance and ubiquitous online presence lay the unlikely driver of Jared Kushner. Trump’s son-in-law operated as COO of the Republican campaign.

He brought in his Silicon Valley connections and established a data center where analytics and social media marketing were able to define the campaign’s targeting.

Kushner used Facebook micro-targeting to increase the Trump campaign’s daily revenue from $8,000 to $80,000 and leveraged the popularity of short-form video content across social media to generate umpteen millions of views of Donald Trump delivering his policy proposals.

This marketing effort strategically targeted winnable states and the core demographics who resided in them.
Trump and Kushner felt they no longer needed to rely on the media to disseminate their message and validate their policies. Rather, the media worked as an amplifier while the social media campaigns informed voters of Trump’s views and stances on different issues.

The Brexit campaign shares many similarities with the Trump campaign, and their respective victories were both jointly celebrated. 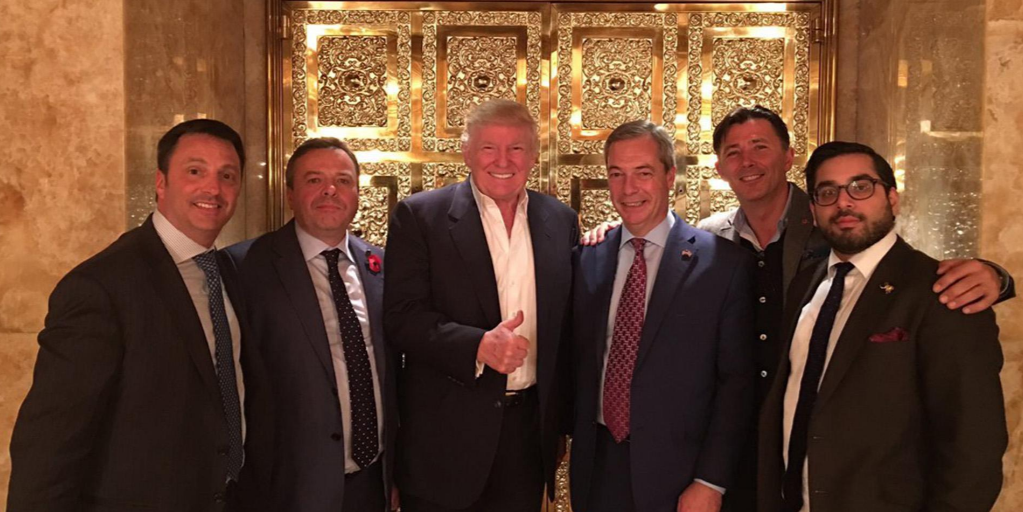 Unlike in the American election, Brexit was not a two horse race. There may have only been two eventual outcomes, but there were multiple campaigns pushing for results.

On the side wanting to stay in the EU, we had the official remain campaign Britain Stronger In Europe which represented a cross-party coalition of politicians. From Conservative Prime-Minister David Cameron to Labour Lord Peter Mandelson and Green Party Member of Parliament Caroline Lucas.

Alongside the so-called official campaign, there were multiple other supporting bodies: British Influence, Labour In For Britain, Conservatives In, and Scientists for EU, to name a few.

These different groups often shared the same rhetoric and approach to the issue, and other times made different arguments concerning EU matters. The Remain campaign as a whole was well-funded and diverse.

On the opposing side, there were again multiple groups campaigning to leave the EU. Two, in particular, are of importance; Vote Leave and Leave.EU.

Vote Leave were the out campaign’s equivalent to Stronger In. Both were cross-party platforms which were comprised mainly of politicians and household names. They both campaigned for their respective stances through typical political tactics. They held rallies, appeared on television shows, gave speeches in Parliament, and went door-knocking round key neighborhoods. 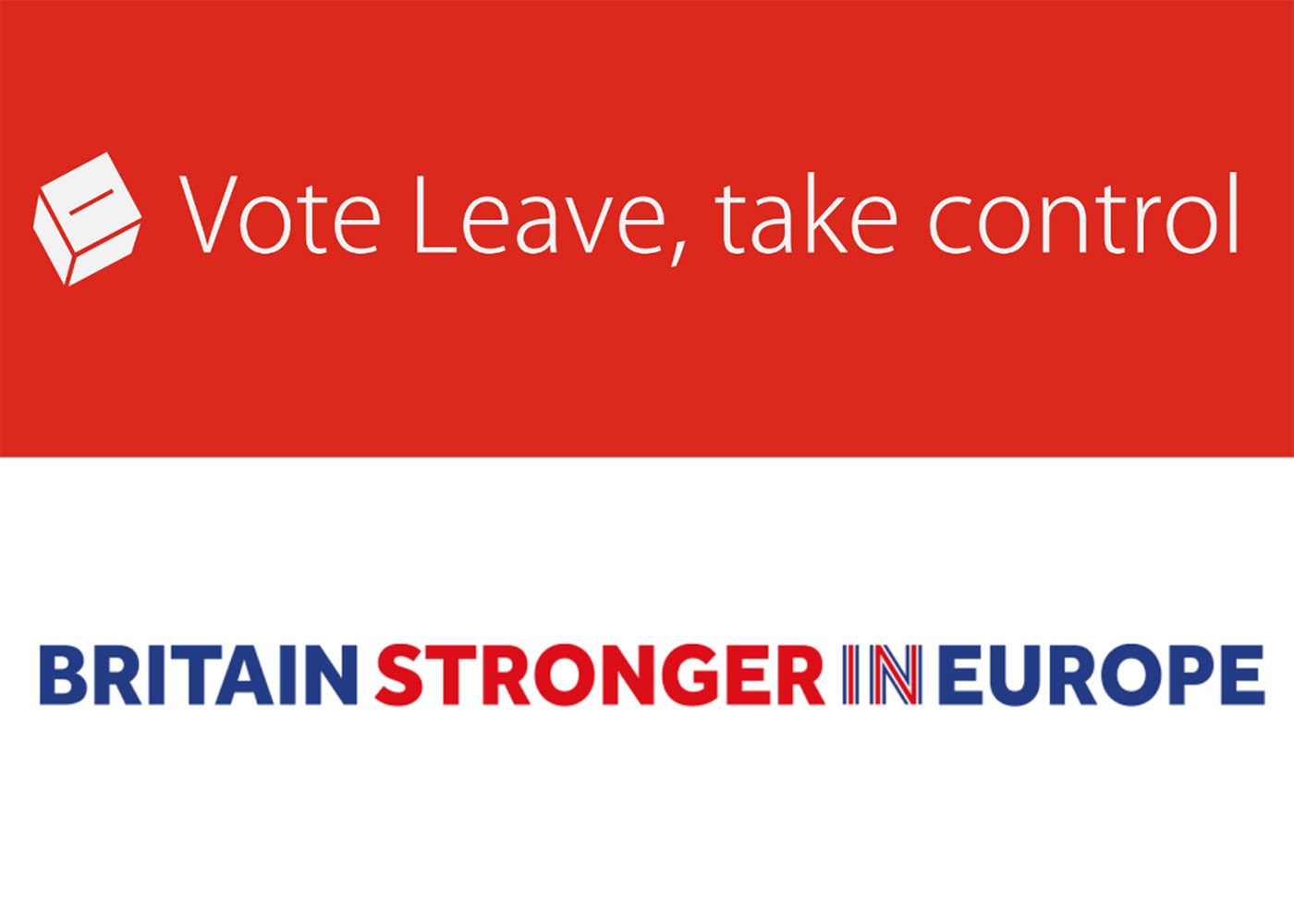 The anomaly in this scenario is the Leave.EU organization. Leave.EU was founded by committed eurosceptics, businessmen Aaron Banks and Richard Tice, who were aligned with the United Kingdom Independence Party.

While Vote Leave and Stronger In treated the vote like a normal election, attempting to win over middle England – who generally decide general elections – Leave.EU aimed at a different demographic.

How Leave.EU identified its audience

Kosinski had developed a method to analyze individuals in minute detail based on their Facebook activity.

If you want to try this out for yourself to see what data can be gathered, you can run a basic check on your own profile using this public tool ran by the psychometrics center at Cambridge University.

This should give you an idea of the kind of analysis being done, only on a significantly larger and more powerful scale.

Cambridge Analytica used their analysis of big data for both the Brexit campaign and, as discussed in a previous article, the Trump campaign.

The foundation for understanding the data available was to generate scores for the Big 5 psychometric variables – which you’ll have seen if you took the above test. This is supposed to give an overview of someone’s personality.

Kosinski uncovered the use of Facebook for gathering this information when he joined Cambridge University to undertake his PhD in 2008. A simple psychometric study where participants gave their Facebook access happened to go viral and left Kosinski with millions of respondents.

Ultimately, after 4 years of doctoral work Kosinski had fine-tuned the prediction machine:

“Kosinski and his team tirelessly refined their models. In 2012, Kosinski proved that on the basis of an average of 68 Facebook “likes” by a user, it was possible to predict their skin color (with 95 percent accuracy), their sexual orientation (88 percent accuracy), and their affiliation to the Democratic or Republican party (85 percent). But it didn’t stop there. Intelligence, religious affiliation, as well as alcohol, cigarette and drug use, could all be determined. From the data it was even possible to deduce whether someone’s parents were divorced.”

The key to being able to make these predictions and make them increasingly accurate is the amount of data available:

“Kosinski continued to work on the models incessantly: before long, he was able to evaluate a person better than the average work colleague, merely on the basis of ten Facebook “likes.” Seventy “likes” were enough to outdo what a person’s friends knew, 150 what their parents knew, and 300 “likes” what their partner knew. More “likes” could even surpass what a person thought they knew about themselves.”

With the effective use of big data it was possible to have an intimate knowledge of a huge number of people.

The result of this knowledge?

Facebook becomes a huge search engine, not just for people but types of people.

This technique was leaked from Kosinski and Cambridge University by Aleksander Kogan to a company called Strategic Communications Laboratories. SCL billed themselves as an election influencer, with some of their subsidiaries having worked on influencing elections all around the world, and others doing public relations influence in war zones for NATO.

In 2013, another SCL group was established: Cambridge Analytica.

Come 2015, Cambridge Analytica, of which Trump’s Chief Strategist Steve Bannon sits on the board, were hired by Leave.EU to drive its political marketing through personality targeting.

Alexander Nix, CEO of Cambridge Analytica is quoted in Grassegger and Krogerus’ article as describing demographic targeting as:

Nix, pictured below, wanted to zone in on the core elements of people’s personalities to influence their decisions.

In an extended article on Aaron Banks by Martin Fletcher for the New Statesman, we learn how Banks provided a considerable amount of initial funding for the Leave.EU campaign.

With this money and other donations, Cambridge Analytica would be hired. Then it was a case of reaching out to the identified voters and doing so in a way which was affordable for the campaign. The Leave.EU campaign, after all, did not have comparable funding to the Trump campaign.

This gives the campaign two approaches.

The first was to run specially tailored individually targeted Facebook advertising to key personality groups – much in the same way that the Trump campaign leveraged their data.

This is a very effective route to victory, but also expensive to have as the only outlet.

The second was to utilize this knowledge and run lower-cost accompanying promotion.

Under Banks’ leadership, the Leave.EU campaign worked out of Banks’ offices in Bristol and created Facebook pages for a range of local areas where they hoped to target. Almost the entire UK was covered by some sub-page.

With a strong psychometric knowledge of what key issues motivate on-the-fence voters to join sides with the Leave campaign, Banks essentially begins a media startup. His goal was to target immigration as the key issue and says:

Further to that, he was told by the Trump campaign in early meetings with them:

“The more outrageous you are, the more attention you get.”

These bits of information would influence the directed social media approach which would help Banks’ team sway the nation.

Since Brexit, Banks – pictured below – has published the book The Bad Boys of Brexit: Tales of Mischief, Mayhem, and Guerrilla Warfare in the EU Referendum (2016). The title summarizes nicely the approach Banks took to accuracy versus attention.

Step 3, in a sense, operated as a lead generation tactic for outbound election sales.

There may be a host of other reasons why these two elections went in the direction they did.

Correlation is not causation, etc.

However, the fact that both election campaigns utilized similar tactics and even employed the same private companies shows their shared successes are likely linked.

The demographics Leave.EU aimed for voted in droves to leave the EU, with only cities in England bucking the trend south of the border.

The Trump campaign and Leave both share the key factor this article started with: the polls said they wouldn’t win.

Big data driven approaches operate on a much grander scale than the polling methodologies generally employed by YouGov or ComRes, or other UK pollsters. Unless we assume both campaigns won by luck, the pollsters were likely not looking at the right things.

As the analytical abilities of key companies in this sector grow, we may have to recognize that big data will decide more than just the elections of 2016.

Was Leave.EU instrumental in the Brexit victory or were there other key factors in play? Let us know in the comments and we might follow up with you for more.

Glad to hear you enjoyed it, Nathan. The more you dig into the area the more interesting stuff you find!

Adam, thanks! This was an informative read. Keep up the great work.

I’m glad you enjoyed it!