Concierge Onboarding: How to Make Customers Happy and Keep Them That Way The 1980s was the dawn of technology as we know it. It was also the dawn of hilarious technological hyperbole — you could hear the excitement in the voices of companies declaring they had built ‘the only computer you’ll need for years to come‘. Although laughable in the present day, commercial home computers like the Commodore 64 were a huge improvement on the monstrous machines of past eras so unwieldy they had to be built into rooms. In fact, for the first time in history, you could buy your own computer.

As technology became a more important part of life, there was an imbalance in the amount of time spent with machines and other humans. People weren’t used to the lack of human contact that computers allowed and demanded. In the past, playing games was a social activity with the neighborhood kids or with the family around the Monopoly board. Now it could be a solo affair, facing off against an AI who’s always ready to play again. While it was trendy at first for computer adverts to focus on graphics, pixels and graphical visualizations of ‘data’, over time focus shifted to the user, adding a human face to the machine to make computers more relatable. These ideas come from a prophetic theory book written between 1972 and 1982 — Megatrends by John Naisbitt. It details 10 emerging trends shaping the future of society with a scary amount of accuracy. One theory, a theory Naisbitt calls High Tech / High Touch is essentially a prediction based on early signs that as technology become more prevalent and complex, humans need ‘high touch’ — a human connection.

“High tech/high touch is a formula I use to describe the way we have responded to technology. What happens is that whenever new technology is introduced into society, there must be a counterbalancing human response that is, high touch or the technology is rejected. The more high tech, the more high touch.” – John Naisbitt

The impact of complex technology was so great, Naisbitt argues, that it is directly related to growth in the self-help industry! The fast onset of all-seeing, all-knowing machines inspired films like Terminator and Blade Runner, set in a future where we have been dominated by technology and question (or give up questioning) our humanity.

Computerphobia was real, and reached its height in the mid 1980s while IBM advertisers hoped that the GEM would convince “even the most dedicated computerphobes” in American offices and parents fearing that games like Death Race, with its ‘extremely violent‘ graphics (which are about as violent as drawing lines on MS Paint) would encourage their impressionable children become murderers or go out and do something satanic.

In short, most of society did not react well to machines taking over.

With High Tech / High Touch being the most talked about concept from Megatrends, the author set out to elaborate and update his ideas in a book released in 1999. Still a digital lifetime away from today, High Tech •  High Touch shows that human nature is always relevant.

Technology has taken its place as a new version of reality and made our lives ‘distracted and distant’. When communication and information is filtered through the thick layer of software that regulates the flow of our life, it is easy to forget the role of human response.

How can we relate this to SaaS?

Fear of computers has died down a bit since the 1980s, even though it spiked with the introduction of  the ‘world wide web’ (which one could ‘surf’) in the 1990s, the need for humanity (or high touch) is the same. Naisbitt writes that it’s not only us that can offer high touch — computers can too.

“I think we are beginning to understand just how liberating the computer is in a high tech/ high touch sense. For example, a company with 40,000 employees has treated those employees pretty much the same for generations. It had to because that was the only way to keep track of them. With the computer to keep track, the employees can be treated differently, with a unique contract for each of the 40,000.”

How relevant is that! Thanks to apps like Intercom and Process Street, we have the luxury of treating customers as individuals and applying the high touch approach to the user onboarding process. Evidence for the effectiveness of the human touch in business is everywhere. You won’t get a message from Process Street, you’ll get a message from Benjamin Brandall. There’ll be a little picture of me, because I’m a real human being.

The reasons behind this are already clear, and the theory why it works is clear in Megatrends — you’re talking to a person, not an autoresponder. We offer a high tech product (in 1980 terms, at least) so you get a high touch approach. 🙂

The frustration caused by app overload is remedied these days by more apps. Install an app to keep your apps in line. Log into an app to login to more apps. We’re starting to have almost no patience with anything that takes more than a few taps to get results. Apps frustrate us, they’re too long-winded to set up and afterwards they’re sending us notifications about things that are rarely worth knowing. The same is true for client onboarding. SaaS is designed by humans for human use, but why is design the handing-off point we leave for the computer to handle? It should be operated by people, not programs. Would it be so frustrating controlled by a human being? The success of high touch or concierge onboarding says no — it delivers a better user experience and increases customer retention.

Before computers were a big part of working life, we’d always be using a high touch approach. Salespeople would greet you on the street, or personally give you a demonstration of what they’ve got to offer you. They didn’t have the problem of being distant, because there wasn’t any such thing.

We’ve been spoiled by how easy it is to send the same email to every new user, but how about taking the time to take a look at their company and predict what they might want out of your service? Maybe give them a call to help them get set up and understand their needs.

Of course, technology was created to handle tasks that aren’t humanly possible, and keeping track of all 10,000 users falls into this category. All Aboard is a perfect app for high touch user onboarding because it is for tracking users, not spamming them with untargeted emails. The founder Kevin Dewalt calls it the ‘world’s first concierge onboarding solution for SaaS apps’, All Aboard identifies your high-value customers when they’re still in the early stages so you can get them on the phone and start converting.

Combine this with the power of Customer.io, and you’ve got a way to build a detailed picture of your users and communicate with them on a personal level. This is all a business process, right? You’re going to want to follow a set of instructions for each customer so you don’t mix up the two Kevins or forget that Linda already said she wasn’t interested. That’s where Process Street comes in.

Technology doesn’t always put distance between you and your users. Creating an onboarding checklist with Process Street is a foolproof way to make sure you remember what stage you’re at with each user.

Add multiple members to the same checklist, and have managers keep track of their team’s progress on tasks. Process Street is a collaborative environment and progress-tracking tool for workflows of any size, and it turns user onboarding into a step-by-step process you can watch working. If you’ve tried high touch onboarding, I’d love to hear about any result you’ve got from it. There’s not a lot written about it, so I’m excited to hear more. Leave a comment below 🙂

Get the Ebook: The Complete Guide to Customer Success for SaaS Companies

Make your customers happy, and keep them paying the subscription. 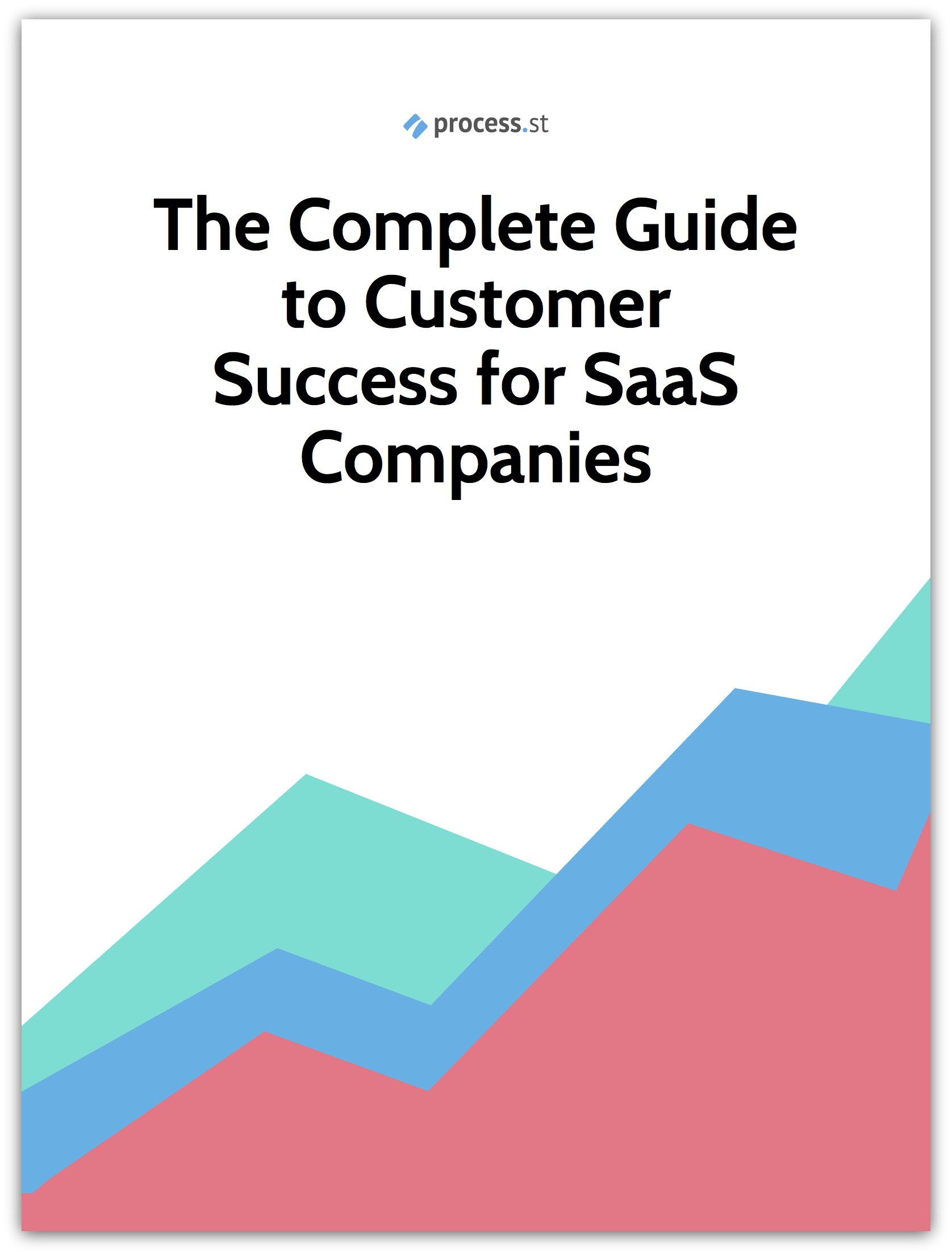 This guide will teach you how to stop users abandoning your software before they’ve seen how awesome it is.

…But it all goes to waste if you’ve not got a system to manage existing customers. This includes a proper support and success process aimed at making sure that most recently subscription payment you got through won’t be the last.

Get the book to start keeping your customers, compounding your revenue and boosting every customer’s lifetime value.