Process Redesign: How We Rebuilt Our Most Vital Process in Under 20 Hours

At Process Street, we’re proud to rock process management. So much so, we try to encourage a culture of continuous improvement across all of our internal teams & processes.

It’s even in our name.

So how is it that our content team ended up using a process that was in pretty dire need of a redesign?

And not just any process, mind you – the process of processes. The process we live and breathe by. The process that defines everything we do – including this very post. The one process to rule us all.

We knew it, too. That was the worst part. The entire team was painfully aware of exactly how broken and inefficient the blog production process (BPP) had gotten.

But you know how it is. Redesigning the blog production process became that thing that’s always on tomorrow’s to-do list.

By the time we finally found the capacity to tackle the process redesign project, there were more exceptions to the process than rules – which is not a good process management system at all.

So the question became: How do we redesign a process that is constantly in use without breaking everything?

This is how we did it.

Challenge: Our most essential process… broke

Broken processes don’t happen overnight. It’s a slow, incremental erosion that sneaks up on you.

It’s always the little things that bite you in the ass.

But redesigning a process – even your most vital, can’t-be-taken-offline process – doesn’t have to be an apocalyptic event. With the right planning, tools, commitment, and – yes, I’m going to say it – Process Street, fixing broken processes can actually be kind of fun.

You can’t scale if you’ve got bottlenecks

The main hurdle we encountered was that – while updates had been made to the process periodically – they’d been more ad hoc than structured continuous improvement. While that worked well for the short-term, in the long-term view that approach prevented the BPP from evolving as quickly as our needs did.

For example, how we did things changed over time, as to be expected. However, this meant several tasks in the process were now in the wrong place.

Since those tasks were required to be completed in a specific order, our team couldn’t hit their milestones efficiently because we kept hitting bottlenecks.

The original setup worked great in the beginning when both the team and our output were smaller. But as the company scaled, our output scaled, and – naturally – our team needed to scale along with it.

Which meant our process did, too.

TL;DR: We needed to scale but our process in its current form created too many bottlenecks for us to do that.

“Problems would arise from workarounds built into certain tasks to patch over poor process design choices – choices made when we first designed the process over 5 years ago. This old infrastructure made it so that some things were difficult to change without breaking things elsewhere.”

The old BPP had been around for about five years. There’d been some tweaks and adjustments in that time, but that just amounted to stuffing unused tasks in the basement and hoping no one looked too closely.

Even way back when I used the BPP for the first time, a lot of my “What is that?” questions were answered with “Oh, we don’t use that anymore.”

Fast forward a few years and I’m the one giving the very same answer to new writers. Except now there were even more policies and procedures we didn’t use.

It got to the point that during the onboarding process, I realized I’d told a new writer to skip more sections than to complete. Sections, not tasks. We were beyond merely skipping tasks.

But even though those outdated procedures still hung around, it wasn’t a big deal because the rest of the team knew what they were and could give new team members a heads up if necessary.

Because nothing has ever gone wrong when corners are cut. As long as we overcommunicate, it’s absolutely, 100%, totally foolproof.

Solution: Reengineer the process… But when?

How do we rebuild a process that is constantly in use without breaking the entire system?

But the BPP is a process that gets used multiple times a day by multiple people. We couldn’t just take it offline and keep up productivity.

We also couldn’t rebuild a live process in constant use without creating a tangle of confusion and bottlenecks.

“It was essential to follow our own advice. We needed a workflow that met the needs of both the newest team member and the most experienced. If we couldn’t do that, it wouldn’t be an effective process.”

We really like the PDSA method. In fact, we have a small shrine devoted to Dr. Deming and Walter Shewhart (his mentor) in the Process Street lobby.

Naturally, that’s the tool we turned to when it came to redesigning the blog production process.

Well, that and Google Docs.

Oliver (Head of Marketing) and myself (Content Editor Extraordinaire) both created outlines of improvements we needed to make in the BPP to facilitate both SEO tasks (Oliver) and writing tasks (me).

With the combined power of our mental prowess, we merged the two outlines into the Ultimate Blog Production Process. (For now.)

“Before the process redesign, we just had this list of tasks that needed to be done to publish a post. It could be really daunting sometimes, but now with individual approvals and dynamic due dates for each milestone, it’s a lot easier to know if you’re on schedule or not.”

We had our plan, but now what? There was still the problem of when – and how – to put this plan into action.

Within the Process Street library, you can create separate folders to keep your various processes organized.

One of the things we do is create a “sandbox” folder for each person at Process Street. This gives us space to play around with new processes, experiment with process improvements, and test out new features.

You can also duplicate any workflow in your organization in any folder you have access to.

You can see where this is going, right?

We created a copy of the old BPP in my sandbox folder. Now, in the past, I’ve been pretty critical of Hammer and Champy’s reengineering concept – or rather their claim to developing it – but overall, it’s not such a bad tactic.

To be honest, I’ve always been fond of the “trash and start from scratch” method. There’s just something really exhilarating about a blank slate.

Plus, at this stage of the game, it was full process reengineering or nothing.

I blocked out one full workday to go “offline” and – starting from a blank workflow – built the redesigned process. It actually took about a day and a half in the end to add all the instructions, images, cool GIFs, and special features but it was a day and a half well-spent.

From that point, Oliver and I divided and conquered Automations and conditional logic, which meant we were ready for the next step.

In a traditional PDSA cycle, this step happens in a safe sandbox where it can’t mess up any existing processes.

We sort of did that, except we didn’t do that at all.

Once we made sure all the Automations and integrations worked, we made the redesigned BPP live for our writers, which meant they started using it at the start of the very next sprint.

As a result, the entire team – along with our varying needs – was able to audit the process redesign and make sure all bases had been covered for everyone from start to finish, writer to design team.

“I wish I’d had this version for my onboarding. I spent at least an hour-long training session just trying to figure out the keyword research process – which also had a second workflow to use. Now everything I need to know is right here in one task. I love it.”

By the end of the sprint, we had a list of improvements to make to our process. The only thing left to do was implement those changes.

And then start the cycle again.

“Every time I redesign a process, I think: Why did I wait so long to do that? I could’ve had so much extra time if I’d just done it x amount of time ago.”

Results: A process that works; a team that’s productive

I don’t know if you’ve been counting, but all-in-all it came out to 16 hours and 5 minutes for a beautifully redesigned process – with zero downtime for the team.

In fact, they didn’t even know about it until the new version went live.

“The new workflow is so much less intimidating than before.”

We merged 3 separate workflows and still reduce the number of tasks by nearly 75%. With one workflow alone containing more than 120 tasks, that in itself would have made the process redesign totally worth it.

“Sometimes you can be in such a rush to complete these tasks and get to the writing part that things get lost, but this new system makes sure that doesn’t happen.”

The result is a more efficient, streamlined process that our team is able to use without making those mistakes that happen when a process only lives in your head.

It also means that bottlenecks don’t happen when the one person who knows exactly how to do something is busy or out of the office because we have clear process documentation.

Clear documentation improves knowledge spread which increases transparency and allows your team to work at their full potential.

When you don’t have a standardized process, you aren’t able to standardize your results. Over time, you end up with slight deviations in how people do things. Eventually, those deviations become normalized. Once that happens, any hope of consistent and reliable results is totally out the window.

“It’s weird having enough time to do my actual job.”

A while back, a colleague at another company and I were gossiping about processes. Yes, we seriously do that.

His company had standardized processes – and good ones, from what he described – but no one used them consistently. Some employees followed the processes religiously. Some didn’t even know those processes existed. Some still used outdated processes and some didn’t use any processes at all.

My colleague was one of the latter and I have to admit I questioned our entire friendship in that moment.

When I asked why, he shrugged and said, “It’s worked so far.”

Those two little words are just about as dangerous to your company as the word yet.

You’ve managed to get by with a broken process so far. You haven’t needed to redesign your process yet.

You can either be proactive about your process redesign or you can keep putting it off until your system does crash.

Trust me: Process redesign is a lot easier.

“The team doesn’t need me to micromanage them. Using things like approvals and dynamic due dates lets me stay involved in their progress without getting in their way. I’m able to support them more and support them better.

What are your process redesign obstacles? Any tips and tricks? Let’s talk about it in the comments! 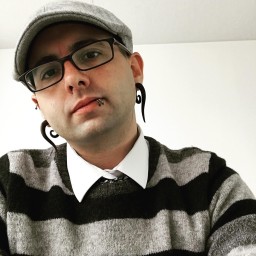